The Specter of the Absurd

Sources and Criticisms of Modern Nihilism 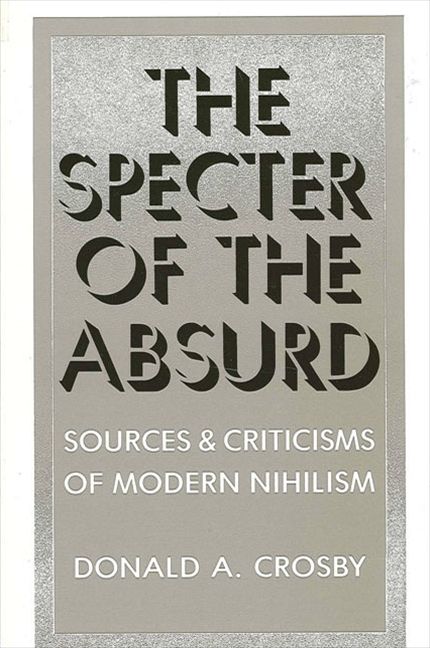 This book is our century's most comprehensive and wise treatment of nihilism in all of its guises, comparing favorably with Rosen, Cavell, and indeed with Spengler. Crosby argues that our culture is genuinely haunted by nihilism expressing itself in the fideism of fundamentalism as well as in the debilitating alienation from all orientation. This results from a one-sided development of Western culture.

Unlike most writers on this topic, Crosby acknowledges many sources colluding to frame the culture of nihilism, including "the death of God," the objectification of nature, the meaninglessness of suffering in a mechanical universe, the ephemerality of time in a world where value does not accumulate, the arbitrariness of historicized reason, the reduction of value to will, and the alienation of the Cartesian ego. These sources are reviewed in the first two parts of the book with the result that the phenomenon of nihilism becomes understandable.

In its third and fourth parts, Crosby provides a critical analysis of the religious and philosophical forces leading to nihilism by discussing authors from the early modern period through Dostoyevsky, Sartre, Russell, and Derrida. He shows that these forces are skewed and impoverished and should not be allowed to determine our situation. The comprehensive attention to detail and the multi-perspectival interpretation demonstrates as well as asserts the richness of the culture that puts nihilism in its place.

Part Five, finally, rephrases the criticism of the sources of nihilism in positive ways.

Part Four in particular is a tour de force of philosophical argument. Its richness of nuance, plurality of views examined, and adroitness of critical interpretation provide cumulatively a powerful, non-nihilistic reading of the philosophic tradition.

The force of the argument derives from its comprehensive, cumulative character. Crosby distinguishes and relates five areas of nihilism: political, moral, epistemological, cosmic, and existential. Throughout the book, he illustrates and examines these as they are expressed in literature and art, in daily life and practical affairs, and in philosophy. The book is richly erudite in its marshalling of consciousness from so many domains.