The Origins of the Black Middle Class in Hartford 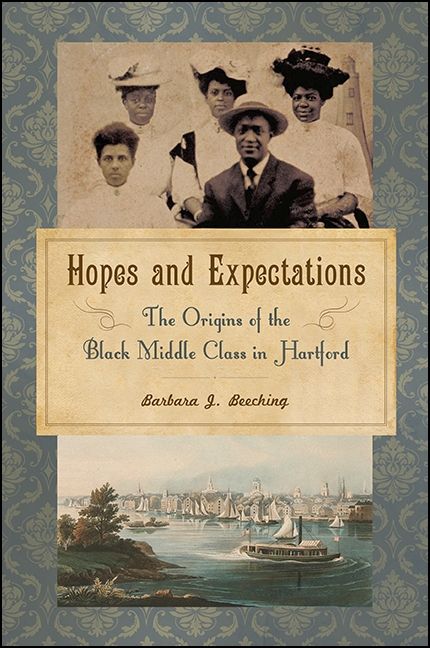 Winner of the 2017 Homer D. Babbidge Jr. Award presented by the Association for the Study of Connecticut History

Based on a treasure trove of more than two hundred personal letters written in the 1860s, Hopes and Expectations tells the story of three young African Americans in the North. Living on Maryland's eastern shore, schoolteacher Rebecca Primus sent "home weeklies" to her parents in Hartford and also corresponded with friend Addie Brown, a domestic worker back home. Addie wrote voluminously to Rebecca, lamenting their separation and describing her struggle to achieve a semblance of security and stability. Around the same time, Rebecca's brother, Nelson, began writing home about his new life in Boston, as he set out to make a name and a career for himself as an artist. The letters describe their daily lives and touch on race, class, gender, religion, and politics, offering rare entry into individual black lives at that time.

Through extensive archival research, Barbara J. Beeching also shows how the story of the Primus family intersects with changes over time in Hartford's black community and the country. Newspapers and census tracts, as well as probate, land, court, and vital records help her trace an arc of local black fortunes between 1830 and 1880. Seeking full equality, blacks sought refinement and respectability through home ownership, literacy, and social gains. One of the many paradoxes Beeching uncovers is that just as the Civil War was tearing the nation apart, a recognizable black middle class was emerging in Hartford. It is a story of individuals, family, and community, of expectation and disappointment, loss and endurance, change and continuity.