Paradox in the Work of Edouard Glissant 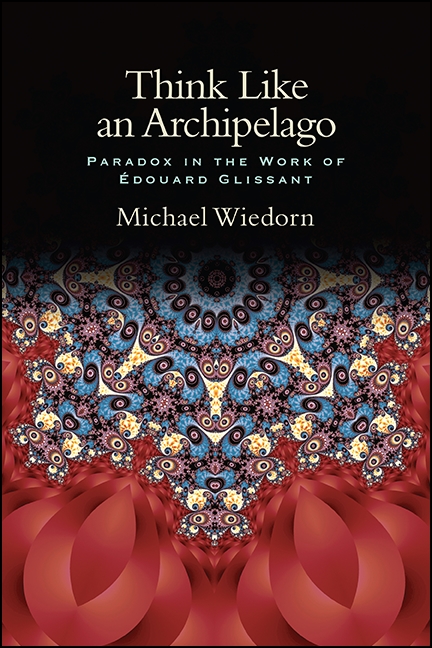 With a career spanning more than fifty years as a writer, scholar, and public intellectual, Édouard Glissant produced an astonishingly wide range of work, including poems, novels, essays, pamphlets, and theater. In Think Like an Archipelago, Michael Wiedorn offers a fresh interpretation of Glissant's work as a cohesive and explicitly philosophical project, paying particular attention to the last two decades of his career, which have received much less attention in the English-speaking world despite their remarkable productivity. Focusing his study on the idea of paradox, Wiedorn argues that it is fundamental to Caribbean culture and thought, and at the heart of Glissant's philosophy.

The question of difference has long played a central role in the literary and philosophical traditions of the West, however to think differently, Glissant suggests focusing elsewhere: on the post-plantation societies of the Caribbean, and the Americas more broadly. For Glissant, paradoxical lessons drawn from the natural and cultural realities of the Caribbean can point to new ways of thinking and being in the world: in other words, to the creation of what Glissant calls a "new category of literature," and in turn to the attainment of his utopian political vision. Thinking through such paradoxes, Wiedorn demonstrates, can offer new perspectives on the old questions of totality, alterity, teleology, and the potential of philosophy itself.