The Mystery of the Albany Mummies 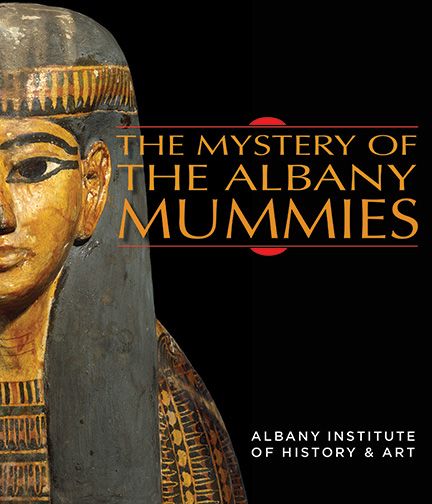 In 1909, two mummies, one dating from the 21st Dynasty and the other from the Ptolemaic Period, arrived in Albany, New York. Purchased from the Egyptian Museum in Cairo by Albany businessman Samuel Brown for the Albany Institute of History & Art (AIHA), they have been on continuous exhibition since then and are the most popular, celebrated, and best remembered of the museum's collections. The story of their discovery in the tombs at Deir el-Bahri and their subsequent purchase by Brown, transport by steamship from Cairo to New York City, and steamboat travel to Albany was covered extensively by the Albany newspapers, and visitors from school-aged children to senior citizens often recount stories about their first encounter with the Albany mummies.

The Mystery of the Albany Mummies tells the fascinating tale of these two mummies, from their initial mummification in ancient Egypt, to their acquisition by the AIHA in 1909, and finally to 2013, when the mystery of their identities was uncovered through the intersection of historical scholarship, science, and technology. In the book, which draws on the Institute's 2013–2014 exhibition "GE Presents: The Mystery of the Albany Mummies," scholars from around the world use new scholarship, scientific methods, and medical technology to determine the ages, sexes, occupations, and lifestyles of these two ancient denizens of the AIHA.