Cinema and Therapy in the 1960s 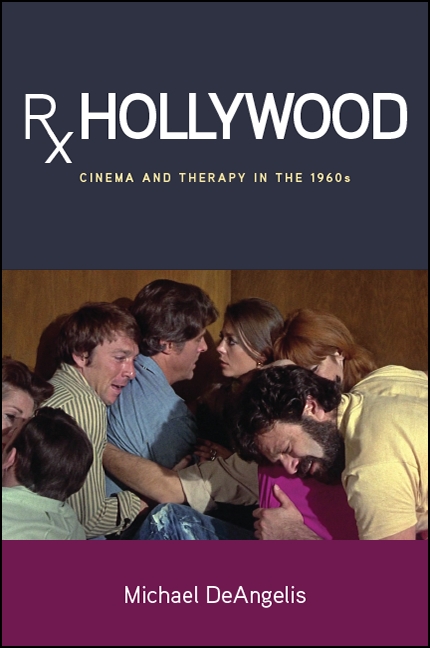 Rx Hollywood investigates how therapy surfaced in the themes, representations, and narrative strategies of a changing film industry. In the 1960s and early 1970s, American cinema was struggling to address adult audiences who were increasingly demanding films that confronted contemporary issues. Focusing upon five fields of therapeutic inquiry—therapist/patient dynamics, female "frigidity" and male impotence, marital discord, hallucinogenic drug use, and the dynamics of confession—Michael DeAngelis argues that the films of this period reveal an emergent, common tendency of therapy to work toward the formation of a stronger sense of interpersonal, community/social, and political engagement, counteracting alienation and social division in the spirit of connection and community.

Prior to the 1960s, therapy had been considered an introspective process, one that emphasized contemplation and insight and prompted the patient to investigate memories and past traumas. In the 1960s, however, therapy would move toward more humanistic, client-centered, community, group, and encounter models that deemphasized the "there and then" of past feelings and experiences and embraced the "here and now" of the present. These kinds of therapy promised to heal the self through a process of reaching out, helping individuals to connect with communities, support networks, and other like-minded individuals who shared a needed sense of belonging.