The Architecture of Downtown Troy 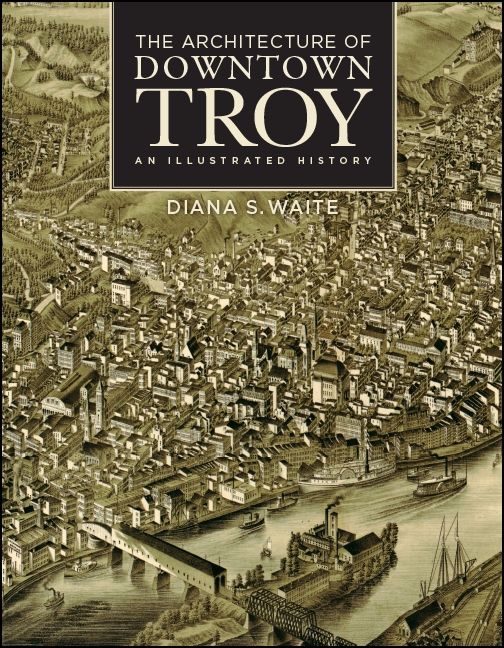 Located about 150 miles north of Manhattan, on the east bank of the Hudson River, the city of Troy, New York, was once an industrial giant. It led the nation in iron production throughout much of the nineteenth century, and its factories turned out bells and cast-iron stoves that were sold the world over. Its population was both enterprising and civic-minded.

Along with Troy's economic success came the public, commercial, educational, residential, and religious buildings to prove it. Stores, banks, churches, firehouses, and schools, both modest and sophisticated, sprouted up in the latest architectural styles, creating a lively and fashionable downtown. Row houses and brownstones for the middle class and the wealthy rivaled those in Brooklyn and Manhattan.

By the mid-twentieth century, however, Troy had dwindled in both prominence and population. Downtown stagnated, leaving building facades and interiors untouched, often for decades. A late-blooming urban-renewal program demolished many blocks of buildings, but preservationists fought back. Today, reinvestment is accelerating, and Troy now boasts what the New York Times has called "one of the most perfectly preserved nineteenth-century downtowns in the United States."

This book tells the stories behind the many handsome and significant buildings in downtown Troy and how they were designed and constructed—stories that have never been pulled together before. For the first time in generations, scores of Troy buildings are again linked with their architects, some local but others from out of town (the "starchitects" of their day) and even from Europe. In addition to numerous historic images, the book also includes contemporary photographs by local photographer Gary Gold. This book will inform, delight, and surprise readers, thereby helping to build an educated constituency for the preservation of an important American city.