The Struggle for Understanding 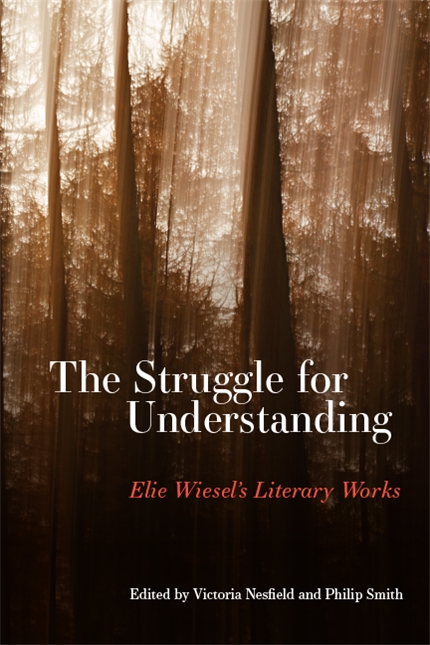 Elie Wiesel (1928–2016) was one of the most important literary voices to emerge from the Holocaust. The Nazis took the lives of most of his family, destroyed the community in which he was raised, and subjected him to ghettoization, imprisonment in Auschwitz and Buchenwald, and a death march. It is remarkable not only that Wiesel survived and found a way to write about his experiences, but that he did so with elegance and profundity. His novels grapple with questions of tradition, memory, trauma, madness, atrocity, and faith. The Struggle for Understanding examines Wiesel's literary, religious, and cultural roots and the indelible impact of the Holocaust on his storytelling. Grouped in sections on Hasidic origins, the role of the Other, theology and tradition, and later works, the chapters cover the entire span of Wiesel's career. Books analyzed include the novels Dawn, The Forgotten, The Gates of the Forest, The Town Beyond the Wall, The Testament, The Time of the Uprooted, The Sonderberg Case, and Hostage, as well as his memoir, Night. What emerges is a portrait of Wiesel's work in its full literary richness.