Essays at the Intersection of Film Criticism and Philosophy 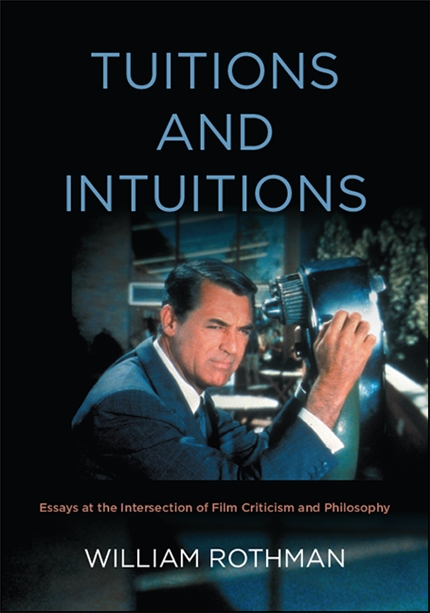 William Rothman has long been considered one of the seminal figures in the field of film-philosophy. From his landmark book Hitchcock: The Murderous Gaze, now in its second edition, to the essays collected here in Tuitions and Intuitions, Rothman has been guided by two intuitions: first, that his kind of film criticism is philosophy; and second, that such a marriage of criticism and philosophy has an essential part to play in the serious study of film. In this book, he aspires, borrowing a formulation from Emerson, to "pay the tuition" for these intuitions.

Thoughtful, philosophically sophisticated, and provocative, the essays included here address a wide range of films, including classical Hollywood movies; the work of "auteur" directors like Alfred Hitchcock, George Cukor, Yasujirō Ozu, and Woody Allen; performances by John Barrymore and James Stewart; unconventional works by Jean Genet, Chantal Akerman, Terrence Malick, and the Dardenne brothers; the television series Justified; and documentaries by Jean Rouch, Ross McElwee, and Robert Gardner. All the essays address questions of philosophical significance and, taken together, manifest Rothman's lifelong commitment when writing about a film, to respect the film's own ideas; to remain open to the film's ways of expressing its ideas; and to let the film help teach him how to view it, how to think about it, and how to discover what he has at heart to say about it.