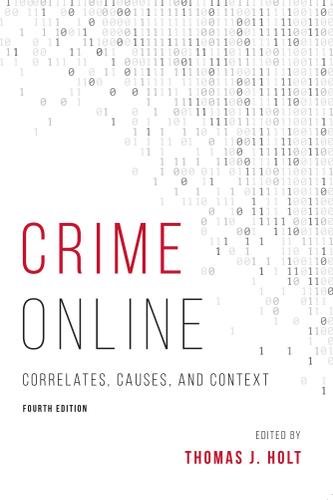 The ubiquity of computers and the role of the Internet have drastically changed the landscape of crime and deviance. Computer technology enables offenders to anonymously target victims around the world, connect with others who share their interests, and participate in various crimes. The Internet and cellular telephony are increasingly incorporated into real world offenses, such as prostitution, where sex workers and clients can connect with minimal risk of detection. At the same time, new forms of offending have emerged as a direct consequence of technology, such as computer hacking, which can be used for both beneficial and illegal purposes. The Internet has also become an important environment for extremists and terror groups to communicate their beliefs globally in order to recruit others and generate funds.

In light of the increasing adoption of technology, it is critical that researchers explore the complex effects of computer technology on human behavior and the intersection of real world and virtual experiences. Crime Online uses empirical tests and unique data to provide detailed criminological explorations of multiple forms of cybercrime, including phishing, hacking, and sex crimes. This text also includes a comprehensive exploration of cyberterrorism and activism in online environments. The law enforcement and policy responses to cybercrimes at the local, state, and federal level are also discussed in detail. This work provides practical policy discussions that will benefit academics, law enforcement, legal counsel, and students at the undergraduate and graduate level.

Specifically, the fourth edition includes four new chapters on the role, one of which examines the history of social engineering in fraud. Another explores online intimate partner violence and targeted violence. There is also a new chapter exploring the role of technology in extremist activities, as well as a chapter exploring the use of Tor and cryptomarkets by criminals to engage in various forms of crime. These revisions extend the scope of the fourth edition and make it an extremely valuable text for cybercrime scholars and students alike.