The Holocaust and Masculinities

Critical Inquiries into the Presence and Absence of Men 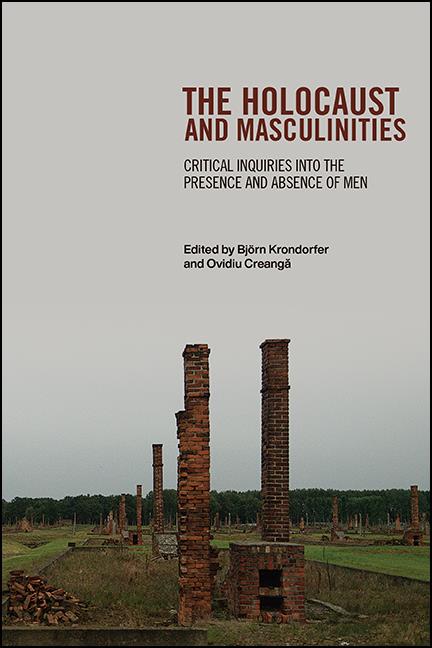 In recent decades, scholarship has turned to the role of gender in the Holocaust, but rarely has it critically investigated the experiences of men as gendered beings. Beyond the clear observation that most perpetrators of murder were male, men were also victims, survivors, bystanders, beneficiaries, accomplices, and enablers; they negotiated roles as fathers, spouses, community leaders, prisoners, soldiers, professionals, authority figures, resistors, chroniclers, or ideologues. This volume examines men's experiences during the Holocaust. Chapters first focus on the years of genocide: Jewish victims of National Socialism, Nazi soldiers, Catholic priests enlisted in the Wehrmacht, Jewish doctors in the ghettos, men from the Sonderkommando in Auschwitz, and Muselmänner in the camps. The book then moves to the postwar context: German Protestant theologians, Jewish refugees, non-Jewish Austrian men, and Jewish masculinities in the United States. The contributors articulate the male experience in the Holocaust as something obvious (the everywhere of masculinities) and yet invisible (the nowhere of masculinities), lending a new perspective on one of modernity's most infamous chapters.