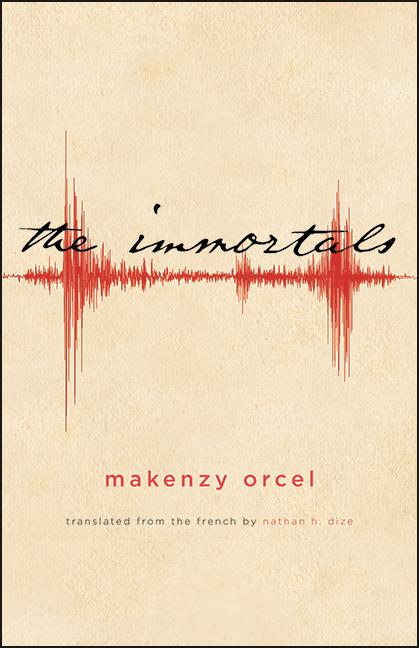 The Immortals is set in an infamous neighborhood of Port-au-Prince, on Grand-Rue, where many women, young and old, trade in flesh, sex, and desire. We learn, in glimpses and fragments, about the lives of women who fall in love with the moving images of television, the romance of a novel, and the dreams of escape. This moving novel asks, What becomes of these women, their lives, their stories, their desires, and their whims when a violent earthquake brings the capital city and its brothels to their knees?

To preserve the memory of women she lived and worked with, the anonymous narrator makes a deal with her client once she discovers that he is a writer: sex in exchange for recording the stories of the friends who were buried beneath the rubble. She tells the stories of women who were friends, lovers, daughters, and mothers—all while their profession sought to hide any trace of intimacy or interiority through pseudonyms and artifice. Ultimately the book reveals how a group of women sought to make a name for themselves in life, demanding that they not be forgotten in death.

Winner of France's 2012 Prix Thyde Monnier de la Société des Gens de Lettres, The Immortals is the first work of fiction by the celebrated Haitian writer Makenzy Orcel. Mingling poetry and prose, Orcel centers stories that too often go untold, while reflecting on the power and limits of storytelling in the face of catastrophe.