Class Conflict and the Subversion of Democracy 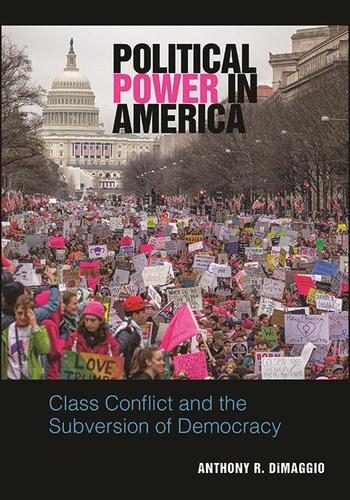 Introduction to American politics and government, intended for students of political science. Provides a critical examination of both political institutions and political behavior.

Analyzing major political institutions such as Congress, the courts, the presidency, and the media, this book chronicles how the interests of affluent Americansparticularly business, professional, and corporate interestsdominate over those of average citizens. Anthony R. DiMaggio examines American political behavior, as it relates to lobbying, citizen activism, media consumption, and voting, to demonstrate how the public is often misinformed and manipulated regarding major political and economic matters. However, record public distrust of the government and the increasing popularity of mass protests suggest that most Americans are deeply unhappy with the political status quo, and many are willing to fight for change. Political Power in America details this interplay between a political system dominated by the affluent few and the rise of mass political distrust and protest. It offers information and tools needed to better understand the democratic deficit in American politics, while providing opportunities for discussing what we might do to address the mounting crisis of declining democracy.

Anthony R. DiMaggio is Assistant Professor of Political Science at Lehigh University. He is the author of The Politics of Persuasion: Economic Policy and Media Bias in the Modern Era and Selling War, Selling Hope: Presidential Rhetoric, the News Media, and U.S. Foreign Policy since 9/11, both published by SUNY Press.