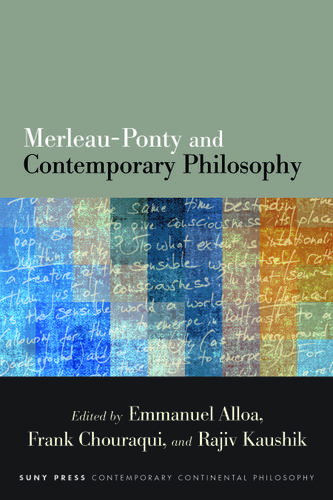 Assesses the importance of Merleau-Ponty to current and ongoing concerns in contemporary philosophy.

Maurice Merleau-Ponty is widely recognized as one of the major figures of twentieth-century philosophy. The recent publication of his lecture courses and posthumous working notes has opened new avenues for both the interpretation of his thought and philosophy in general. These works confirm that, with a surprising premonition, Merleau-Ponty addressed many of the issues that concern philosophy today. With the benefit of this fuller picture of his thought, Merleau-Ponty and Contemporary Philosophy undertakes an assessment of the philosophers relevance for contemporary thinking. Covering a diverse range of topics, including ontology, epistemology, anthropology, embodiment, animality, politics, language, aesthetics, and art, the editors gather representative voices from North America and Europe, including both Merleau-Ponty specialists and thinkers who have come to the philosophers work through their own thematic interest.