From Gutenberg to the Internet 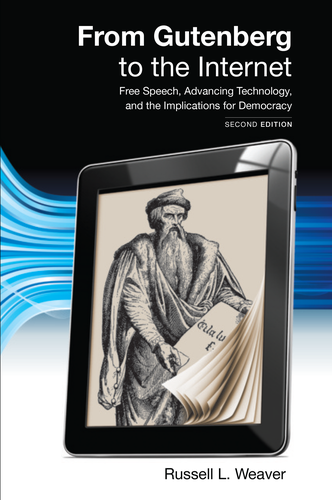 The history of free expression is inextricably intertwined with advances in speech technology. However, until recently, most forms of communication were limited and controlled by so-called gatekeepers who had the power to limit or control the ability of ordinary individuals to communicate with each other. With the advent of the Internet and new forms of technology, people have much greater capacity to communicate with each other. Although both governments and private entities have attempted to control discourse over the Internet, new technologies have enabled ordinary individuals to more easily communicate with each other and to participate in the political process. This new edition explores how then-candidate Donald Trump used the Internet to help fuel his 2016 presidential campaign and also examines such phenomena as "fake news," Russian interference in the 2016 election, and some of the other problems that the Internet has spawned.