Remarks on the Amendments to the Constitution by a Foreign Spectator, Essays of the Centinel, Revived, and Extracts from the Virginia Senate Journal 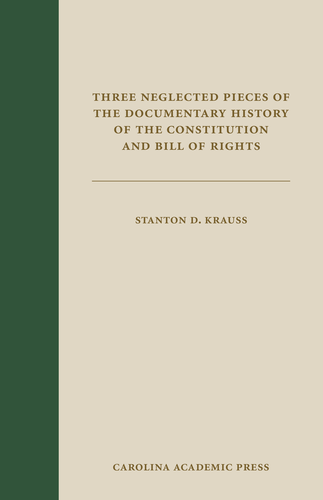 These commentaries on the Constitution, the amendments proposed by state ratifying conventions and by anti-Federalist minorities in states whose conventions proposed none, and the twelve amendments proposed by the first Congress were produced in 178889. The essays only appeared in contemporary newspapers and magazines, and the Virginia Senate Journal was last printed two centuries ago. As a result, they are largely unknown today. By republishing these sources, this book aims to allow them to resume their rightful place in the documentary history of the Constitution and Bill of Rights.